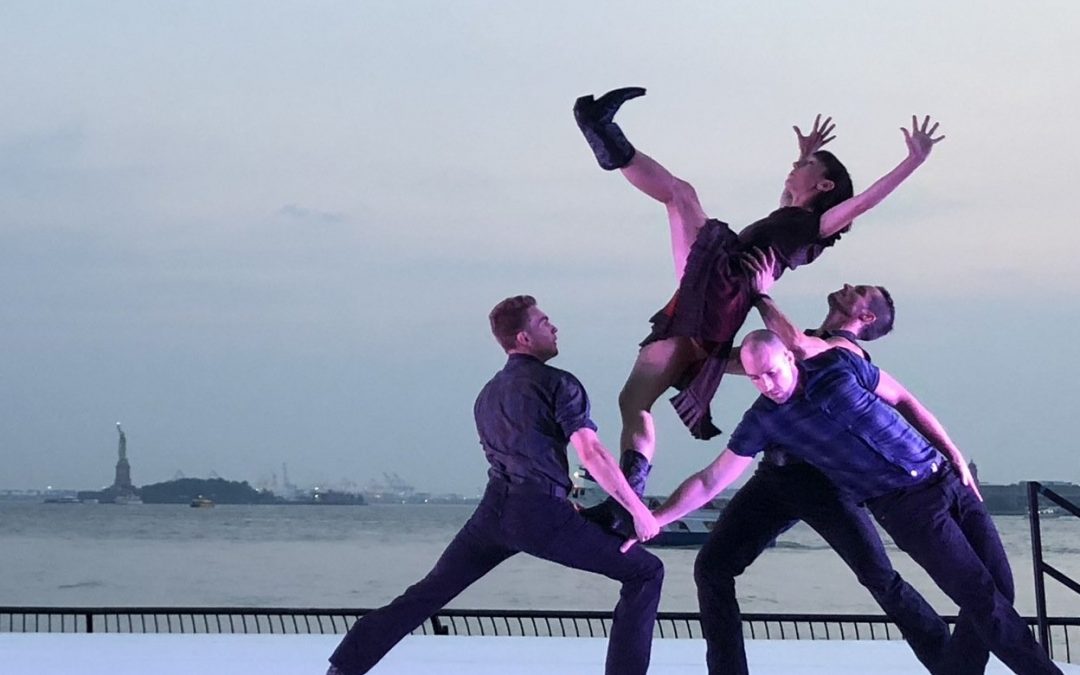 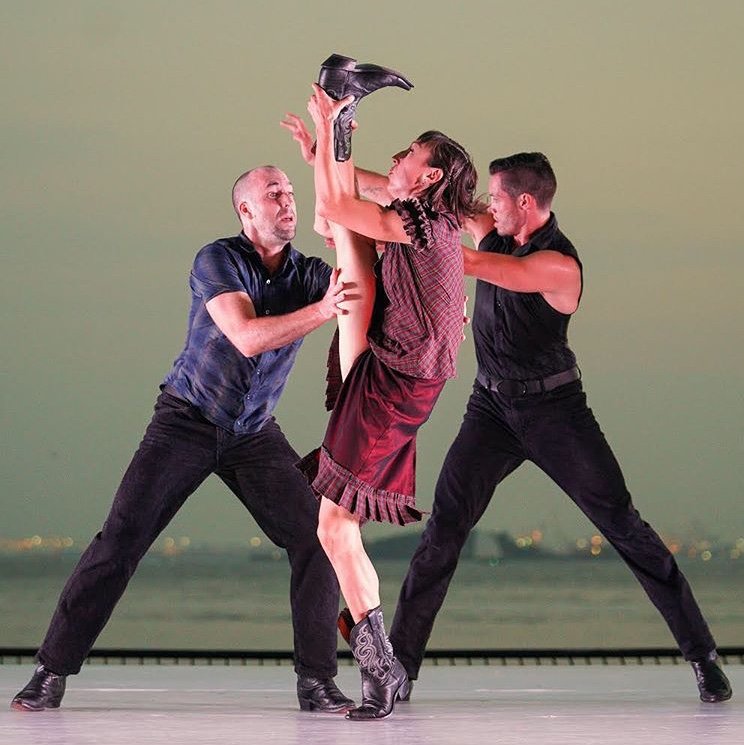 Monday was a long day. We spent most of it in the airport, due to cancelled and delayed flights caused by a storm in New York. Three of us finally took off in planes and two had to drive to arrive at 2:30am, but we made it! 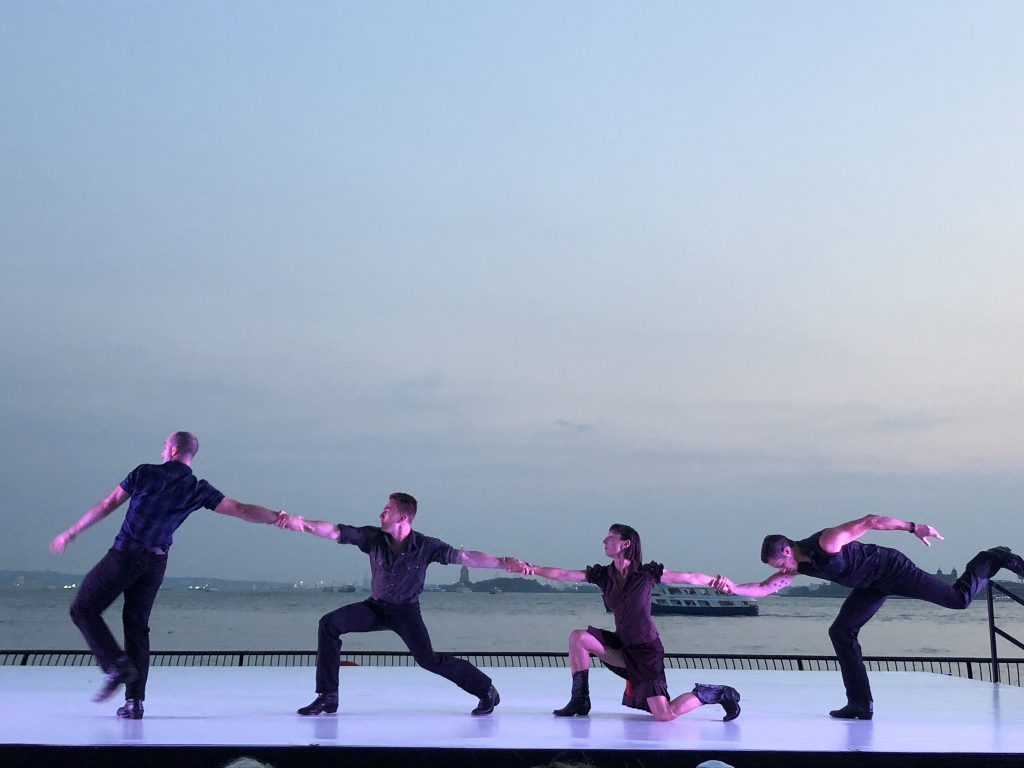 On Tuesday the weather was beautiful and sunny and we were excited to close the show that night. Unfortunately, the sky opened up in the late afternoon so our tech rehearsal was delayed. Once the rain stopped we headed to the venue in the park to find a stage covered in water. We decided to do a barefoot spacing rehearsal. While we were getting changed, the call was made to cancel the show that night because the weather looked unpredictable and it was too risky for the lighting and sound equipment. A little defeated, we planned to rehearse the next day to be ready to rumble for Thursday’s performance. 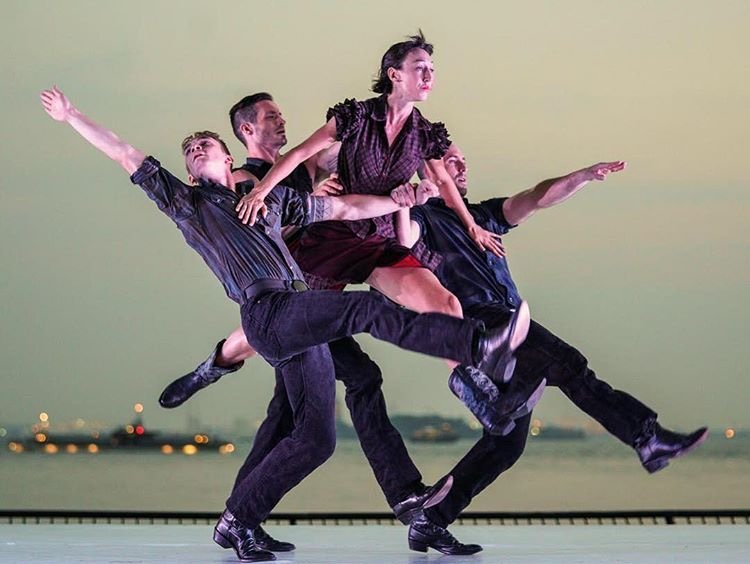 On Wednesday afternoon, in true New York fashion, we walked up four flights of creaky stairs and warm up in a hallway until the minute rehearsal started. We had enough time to run the Man in Black before the next group exploded into the room. It was fast and furious but we were happy for the chance to move around. 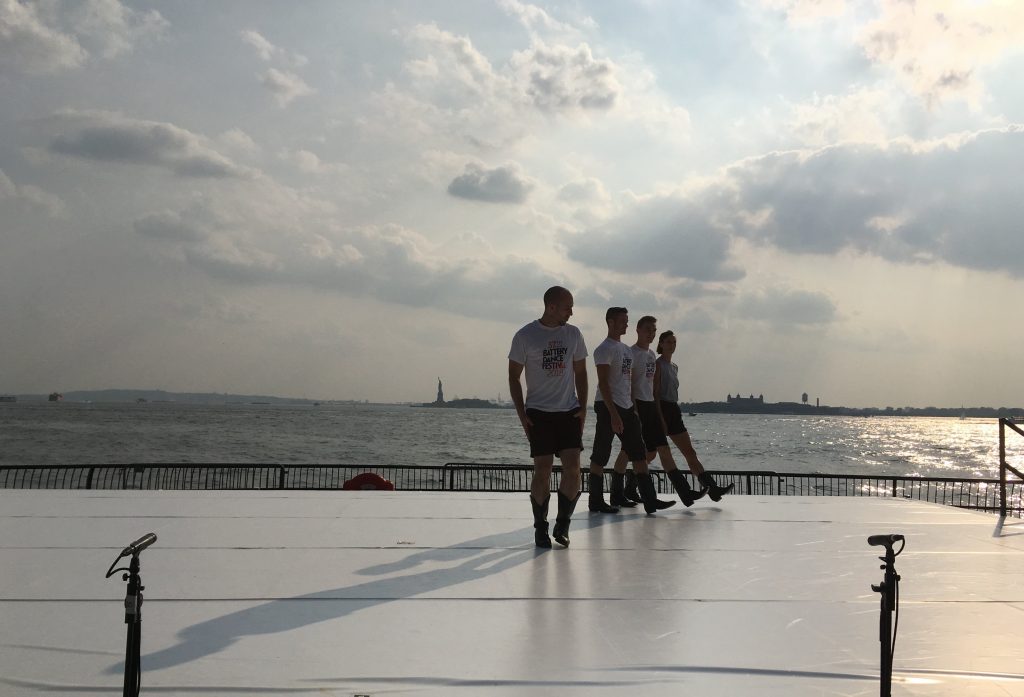 Thursday was hot – a blistering 41 degrees Celsius with the humidex! We all tried to conserve some energy for the big show, knowing it will feel a little extra hard with the heat. At 5pm we had our tech rehearsal on site in the sun. All four of us were dripping wet and red in the face by the end of the forty minutes. We had an hour and a half until showtime so we split up to get some rest. 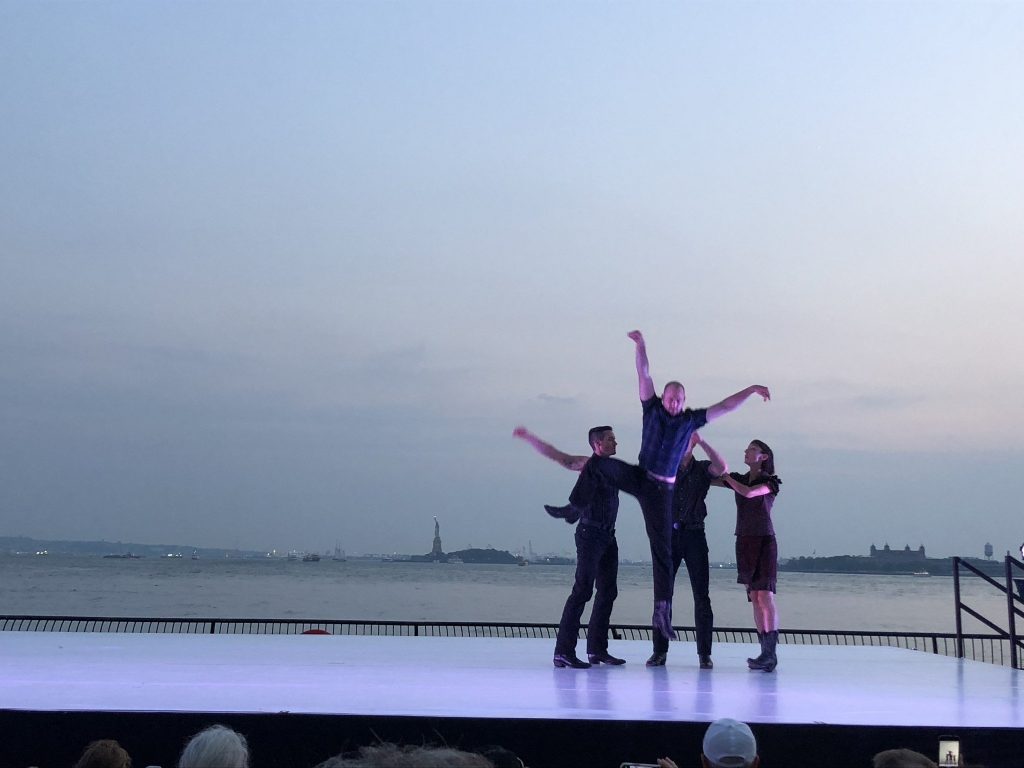 It got slightly cooler as time went by and a gentle breeze lifted off the water. Time to saddle up and wait behind the tent to go on. To add to the excitement, Canadian Consul General, Phyllis Yaffe introduced us. We hit the stage just before dusk. The energy in the audience was powerful. We could feel everyone lean in a little closer. 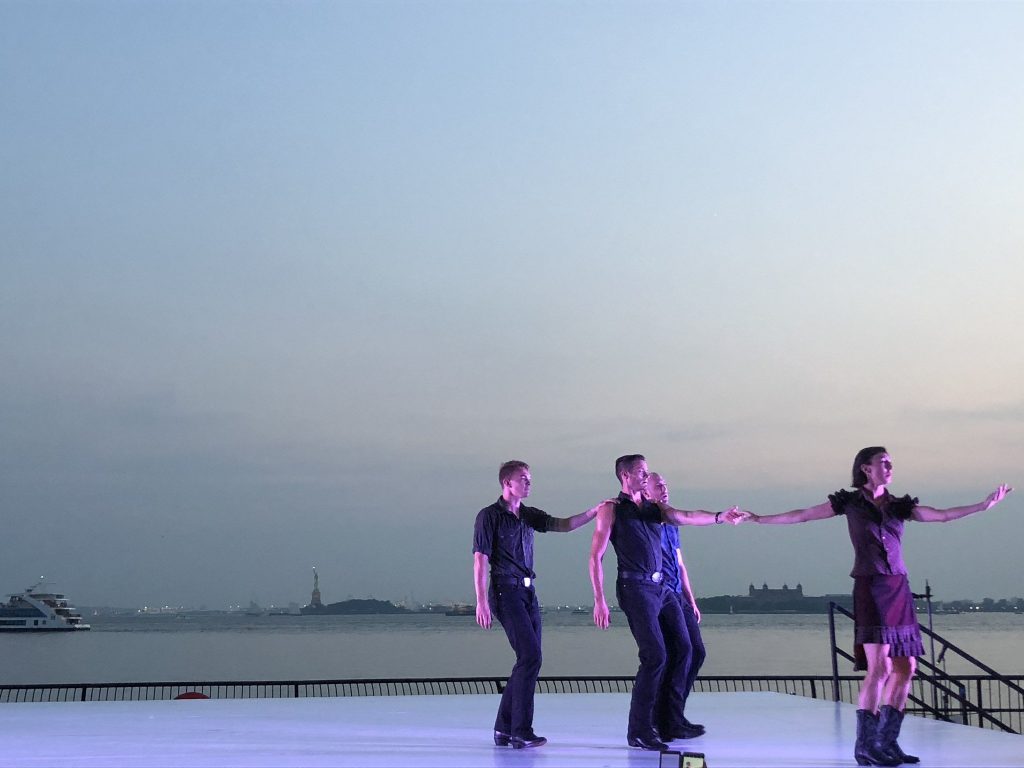 The Man in Black was very different from everything else that was danced on that stage. They clapped after each of the six songs, giving us more energy. As you can see in the photos, it got dark about two thirds of the way through the piece, perfect timing for the songs Hurt and then Further on up the Road. We faded into the darkness and the crowd held their breath for a second before bursting into applause. 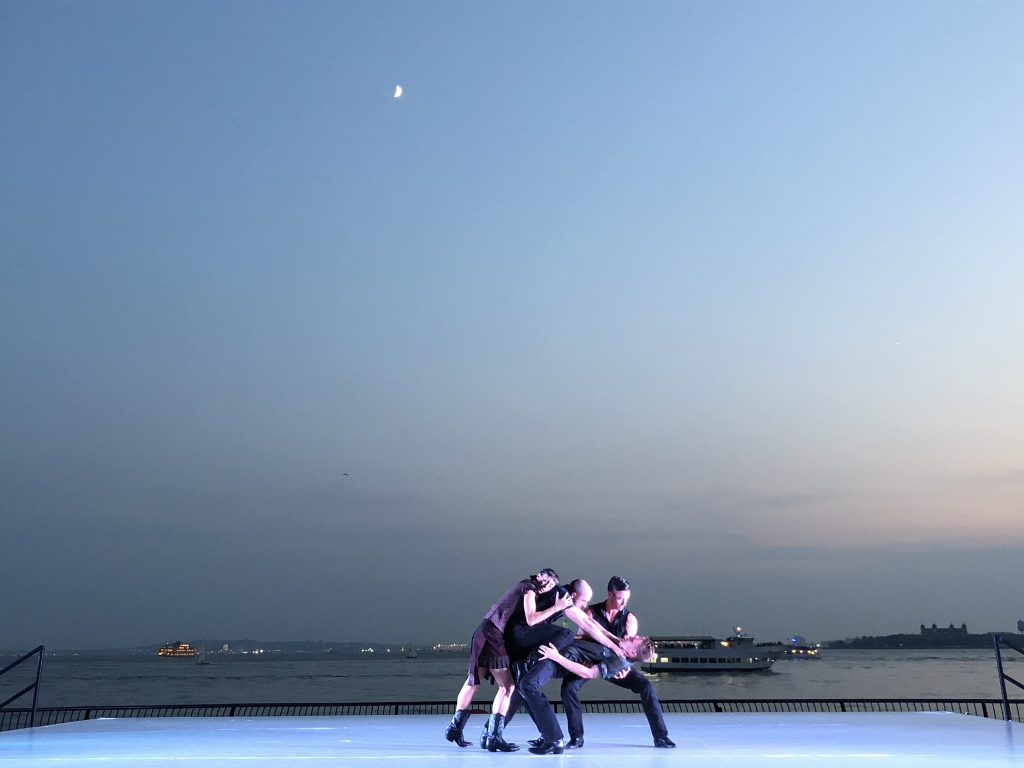 The Battery Dance Festival was an incredible experience! We are so proud to be the first Canadian dance company to be invited to perform in the thirty seven years it has been going on. 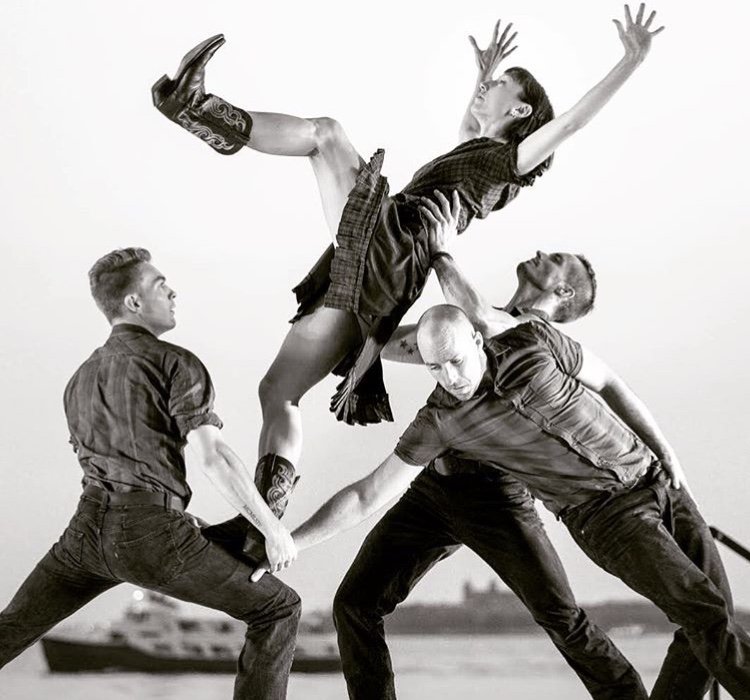 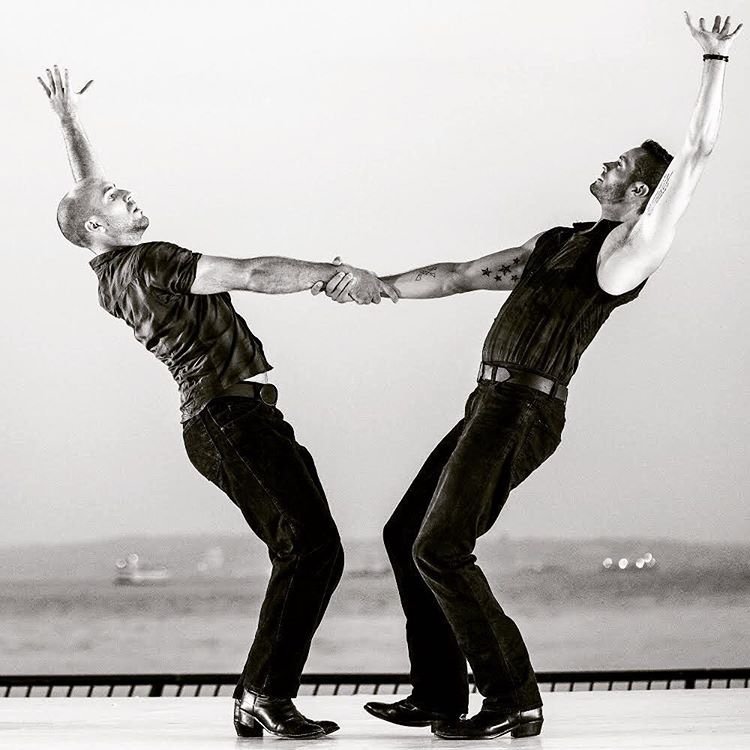 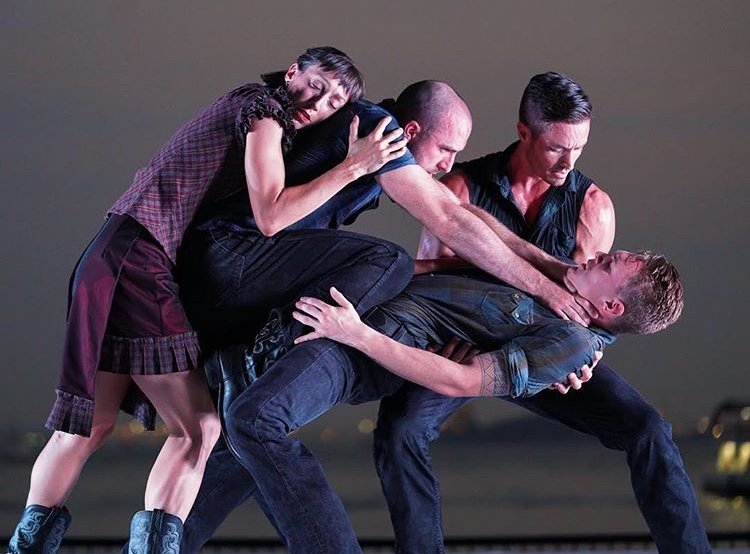 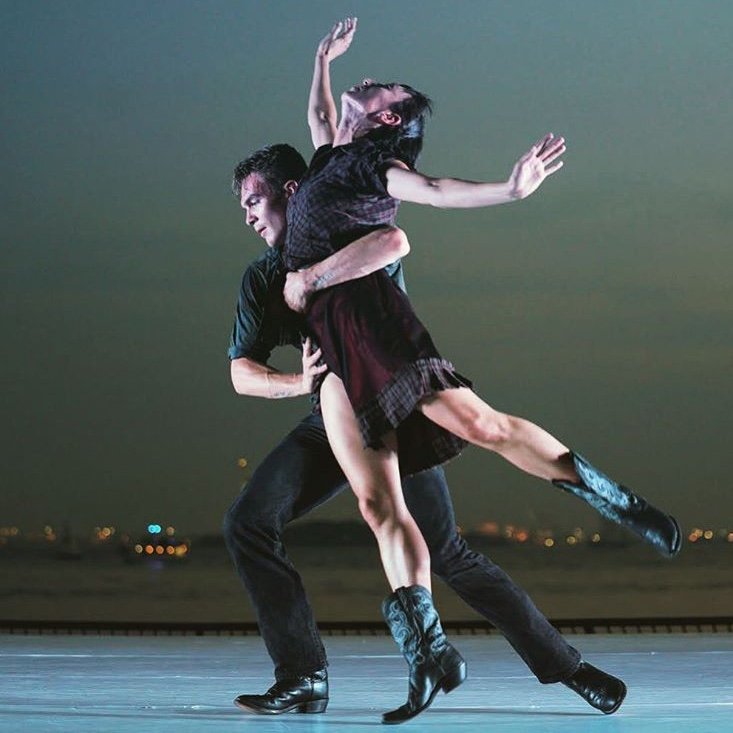