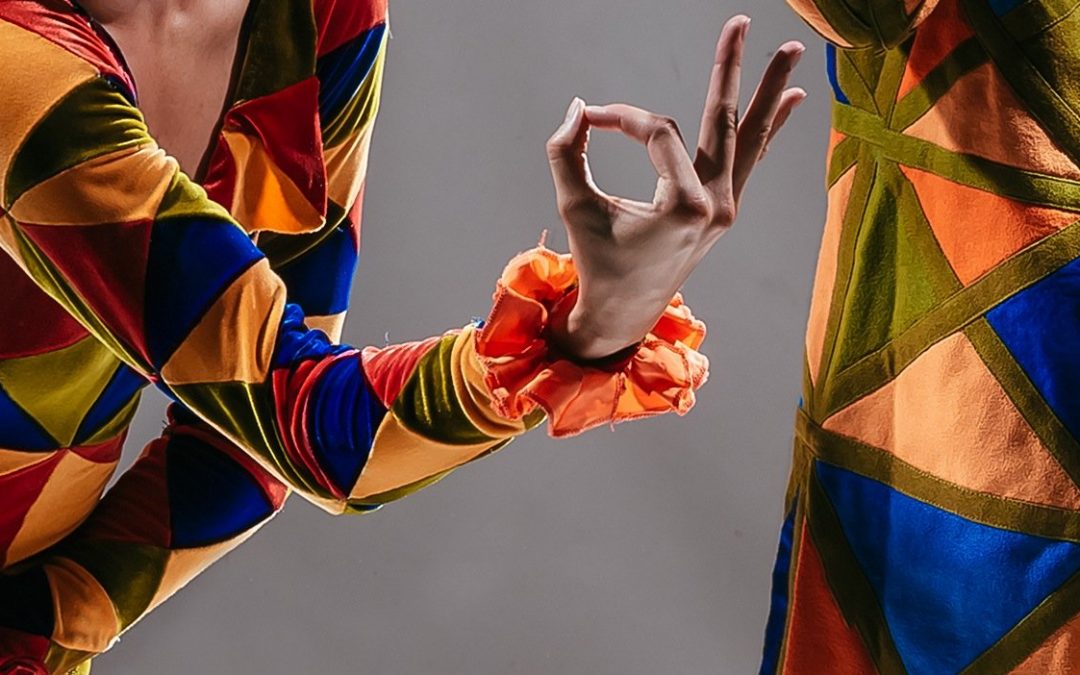 From beloved remounts to world premieres, a new late-night festival to multi-disciplinary collaborations, Citadel + Compagnie’s 20th season will animate The Citadel with its explosive and diverse line-up.

TORONTO, ON – Citadel + Compagnie (C+C) is delighted to unveil its dynamic 2019/20 season. In addition to the 5th year of the company’s signature performance series, Bright Nights, curated by Artistic Director Laurence Lemieux, the company will also expand its offerings to include three multidisciplinary bills co-curated by Charles C. Smith; Night Shift, a late night festival featuring innovative and thought-provoking dance by Toronto movement artists with co-curators Nova Bhattacharya and Jon Drops Reid; and a seven-part music series, produced by Not A Collective, all taking place at The Citadel: Ross Centre for Dance in Regent Park, Toronto.

After a successful first season, Citadel Dance Mix will return with a triple bill by Toronto’s Syreeta Hector and Christianne Ullmark, along with a remount of Nova Bhattacharya’s Red & Yellow, performed by C+C dancers. Montreal’s Sébastien Provencher will explore questions of masculinity in his work, Children of Chemistry, and Germany’s Sabina Perry will premiere her trio TALENT/SHOW that investigates the ever-blurring line between art and entertainment. World premieres include Kate Hilliard’s quartet, this happened… and Aria Evan’s In The Abyss—a poignant look at what we all have in common.

C+C and Charles Smith’s wind in the leaves collective will build on the success of their pilot season in 2018/19 and present three show runs blending spoken word, dance and music, with performances by Sashar Zarif, Aria Evans, Sheniz Janmohamed, and Atri Nundy. (More here!)

“Our 20th anniversary season is exploding with talent and thought-provoking work that Citadel audiences are going to love,” says Artistic Director, Laurence Lemieux. “From beloved remounts, to world premieres, we are thrilled to be expanding our offerings at The Citadel, animating the space with this diverse and vibrant line up.”

In addition to Bright Nights, C+C will be presenting Night Shift, a new late-night event showcasing innovative and dynamic dance by Toronto movement artists. Curated in collaboration with Nova Dance and Making Moves Creative House, Night Shift is a unique platform that will provide performance opportunities for artists exploring any and all forms of dance. Taking place during the 2019 Fall for Dance North festival, Night Shift will open its doors beginning at 9pm, offering an exciting gathering place for the community following festival events.

The Citadel will also be building on the 2018/19 multidisciplinary pilot project by Not A Collective that features Toronto’s emerging music scene. Curated by Juliette Coleman and housed at The Citadel, Not A Collective’s seven 2019/20 shows will promote emerging multidisciplinary artists and provide exposure to featured musicians, photographers, filmmakers, graphic designers, and visual artists.

NIGHT SHIFT
October 2-5, 2019
Twelve choreographers to be announced in August 2019

C+C Artistic Director Laurence Lemieux, Nova Dance’s Nova Bhattacharya and Making Moves Creative House’s Jon Drops Reid will co-curate 12 bold and innovative choreographers exploring any and all forms of dance. Taking place during the 2019 Fall for Dance North festival, Night Shift will open its doors beginning at 9pm, and be an exciting gathering place for the community following festival events.

Working from the question “what do all humans have in common?” and the scientific fact and beautiful metaphor that we are all made of stardust, In The Abyss looks at the inescapable connections between the galaxies beyond us and our earth bound lives. It grapples at how to live with purpose and find meaning in the journey with honest explorations of loneliness, our search for connection as well as light-hearted, humorous observation.

Bhattacharya’s Red & Yellow is a meditation on finding solitude inside the multitudes. Originally created for Dancemakers in 2011, C+C is thrilled to be remounting this visually stunning quintet that is a poetic, metaphoric and humane expression of body and spirit.

close encounters in the fifth dimension is a world premiere by Toronto-based creator and dance artist, Christianne Ullmark. This work is a meditative experiment of arrivals and departures, and of meeting the ‘self’ and the ‘other’ somewhere in the middle.

Larry’s Christmas Cabaret is Citadel + Compagnie’s hilarious and quirky annual holiday tradition that sells out each year! This one-night only audience favourite celebrates the season with a not-to-be missed variety of local acts, festive cheer and a late-night bar to toast to the magic and merriment of the season.

We communicate and then miscommunicate all the time. We say words, but our bodies betray their meanings. This is a performance that was written from the body as a way of distilling what has happened—a dance expressed through five separate chapters: subject, code, conversation, fracture, and memory.

Sashar Zarif will perform HAQ, a solo using Sufi poetries; and Aria Evans will present a duet exploring how we find our roots to become grounded in belonging, responsibility, vulnerability, and compassion.

From a fashion show to a football field, from femininity to hyper-masculinity, Children of Chemistry confronts and questions. In a repetitive dance with popular and sporting references, Montreal’s Provencher tackles stereotypes of manliness. Hailed as “poignant performance” this Toronto premiere will be a captivating piece that invites audiences to imagine the masculine through a different lens.

Atri Nundy and Sheniz Janmohamed will perform Stones Speak to Me, a multi-arts project involving dance, mandala-making and spoken word.

After 4 sold out shows in the first Bright Nights season, German-based choreographer Sabina Perry is back with collaborators Molly Johnson and Luke Garwood with TALENT/SHOW. A raucous evening of dance theatre, Talent/Show explores the blurring lines between amateur and professional, entertainment and art, investigating success, failure and audience expectation.

Deemed “a profoundly moving duet” by the Globe and Mail, C+C’s resident choreographer and Order Of Canada appointee James Kudelka is remounting his already beloved new duet withcherished ballet icon Evelyn Hart and Zhenya Cerneacov. The piece that celebrates time, memory and experience, and is performed to a playlist from Chopin to Judy Garland to Talking Heads, garnered Hart a Dora Award nomination for outstanding performance. “Growing old is something better practiced by young people.”

Inspired by childhood memories both fond and fearsome, Les Paradis Perdus / Remix is a world within a world. Originally created in 2005, the choreography has been revisited and reworked anew by Laurence Lemieux, and garnered two Dora Award nominations in 2016. This remount will feature original music and live performance by composer Christopher Butterfield, and performances by Lemieux’s children, dancers Juliette and Jimmy Coleman.

Tickets for Citadel + Compagnie’s 2019/20 season will be on sale at citadelcie.com in August.