In 2007, Citadel + Compagnie invested in the 1912 Salvation Army Citadel located in Toronto’s diverse Regent Park as its new home. C+C soon found itself part of one of the most exciting community renewal initiatives in the country – a unique opportunity to integrate the arts directly into urban change. C+C has worked directly with leading developers, The Daniels Corporation, as well as local agencies, community-based arts and media organizations and schools, to produce a series of one-of-a-kind initiatives and events to celebrate milestones in the development process and animate the community with dance, spectacle and sound. In 2009, the Company launched an ambitious project to renovate and substantially improve The Citadel, with the assistance of Diamond + Schmitt Architects, Bartlett & Associates LTD, the Department of Canadian Heritage, the Ontario Trillium Foundation, the City of Toronto, and many generous individual donors and corporations. The building officially re-opened in February 2012.

The building, which is the creative and administrative home of C+C officially reopened in February 2012, with the theatre named the Mimi Herrndorf Studio Theatre and the main floor studio named The Jean Soper Studio.

On May 25, 2016, The Citadel: Ross Centre for Dance was dedicated in recognition of and grateful appreciation for the Ross Family’s unwavering dedication to dance and the Regent Park community.

For more information on the Citadel Dance Program, click here. 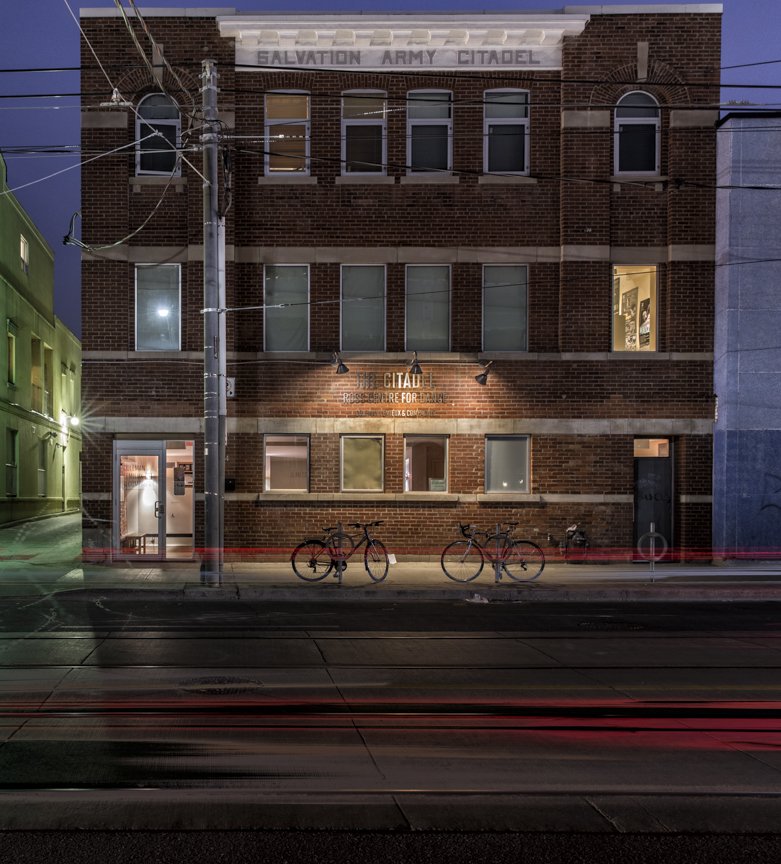 For more information on the Citadel Dance Program, click here.