Founded in Quebec in 2000 by individually renowned dancers/choreographers Bill Coleman and Laurence Lemieux, Coleman Lemieux & Compagnie (CLC) has distinguished itself by its innovative, unbridled artistic vision.  CLC creates, produces and presents varied works on a local, national and international scale.

The Company has toured across Canada, into the United States (where they headlined the Jacob’s Pillow Festival and appeared at Fall for Dance in New York City and in several other major cities), and to Brazil, China, Russia and was the first modern dance company to perform in Mongolia. 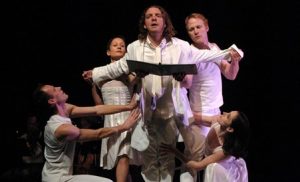 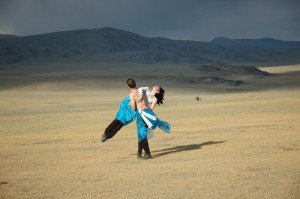 One of CLC’s most innovative and ambitious ventures is a series of site-specific projects. These spectacular, large-scale performance events – in locations like rural Saskatchewan, coastal Newfoundland, urban Winnipeg, the Mongolian steppes and CLC’s home neighbourhood of Regent Park, Toronto — are created in collaboration with illustrious artists and local community residents. They showcase the Company’s audacious genius, as dance is taken out of its theatrical surroundings and transplanted into the heart of communities and their urban or rural landscapes. CLC opens up a poetic dialogue with participating communities about the relevance of dance, art and artistic expression, resulting in encounters that are magical, electrifying, and capable of accomplishing a subtle shift in consciousness  – awakening the poetry of living as individuals within a social and environmental setting. The success of these events underscores the Company’s desire to offer stimulating artistic experiences in widely diverse contexts, revitalizing the place of dance and art in our society. 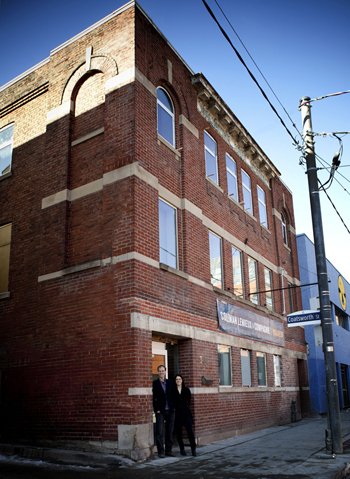 In 2007, CLC invested in the 1912 Salvation Army Citadel building as their new home, located in the heart of Toronto’s diverse Regent Park neighbourhood. Coleman and Lemieux soon found themselves part of one of the most exciting community renewals in the world – a unique opportunity to integrate the arts directly into urban change. CLC has worked directly with developers The Daniels Corporation, as well as through local agencies, community-based arts and media organizations and schools, producing a series of one-of-a-kind performance events to celebrate milestones in the development process, bringing the construction sites to life with dance, spectacle and sound. In 2009, the Company launched an ambitious project to renovate and substantially improve The Citadel, with the assistance of Diamond + Schmitt Architects, Bartlett & Associates LTD, the Department of Canadian Heritage, the Ontario Trillium Foundation, the City of Toronto, and many generous individual donors and corporations. The building, which is the creative and administrative home of CLC officially reopened in February 2012, with the theatre named the Mimi Herrndorf Studio Theatre and the main floor studio named The Jean Soper Studio. On May 25, 2016, The Citadel: Ross Centre for Dance was dedicated in recognition of and grateful appreciation for the Ross Family’s unwavering dedication to dance and the Regent Park community.

Since its inception, CLC has received significant press coverage from both print and broadcast media in Canada, Russia, Scotland and Mongolia. More press coverage here.

CLC is actively engaged in the dance world, regularly hosting workshops and participating in conferences and showcases. Coleman, Lemieux and Kudelka are committed to the development of dance, and often act as mentors for a new generation of dancers and choreographers.