Legendary Canadian ballerina Evelyn Hart and Zhenya Cerneacov explore long-term love, the passage of time and the power of memory from April 15-19, 2020 at The Citadel: Ross Centre for Dance

TORONTO, ON – Citadel + Compagnie is thrilled to be remounting Four Old Legs—the much beloved, and critically acclaimed duet by James Kudelka that explores love after the initial infatuation has faded. Through a series of vignettes set to music by artists from Chopin to the Talking Heads, Judy Garland to Serge Gainsbourg, Canada’s most beloved ballerina, Evelyn Hart performs with Zhenya Cerneacov, delving into the emotional spectrum of long-term relationships.

Kudelka, Citadel + Compagnie’s resident choreographer, Order of Canada appointee, and 2020 Dance Collection Danse Hall of Fame inductee, has spent years working with Hart and the work is imbued with the depth of their long-term collaboration. Hart, who received a Dora nomination for her 2019 performance of the work, was deemed “irresistible” in the sold-out premiere run in 2019, and Cerneacov “partners Hart with his more grounded sensibility providing both earthy ballast and counterpoint.”

“The work was lauded by the press as ‘a duet to fall in love with,’ and we are so excited to be remounting the work once again,” says Citadel + Compagnie’s Artistic Director Laurence Lemieux. “The intimacy of The Citadel is the perfect venue for this poignant and profound work.”

The dancers perform a series of solos and duets, exploring the life’s work and nuance of a decades-long relationship. With lighting design by Simon Rossiter, projection design by Jeremy Mimnagh and costumes by Hoax Couture, Four Old Legs is a collaboration of experienced artists at its finest.

James Kudelka’s Four Old Legs is a duet to fall in love with…Kudelka has the eye and maturity to sketch the long-term relationship experience in subtle, yet very legible shades. – NOW Magazine

The lure of ballerina Evelyn Hart is irresistible. – Paula Citron

Kudelka has skilfully created a lingua franca between the two respective dance worlds of balletic prim and viscerally modern, with the choreography itself becoming a synergistic melting pot of various stylistic influences, including pedestrian walks and gestural language, often punctuated by weighty pauses and moments of recognition between the two characters that pack an emotional wallop…a poignant ode to love. – The Winnipeg Free Press

A profoundly moving duet. – The Globe and Mail

Evelyn Hart was nominated for a 2019 Dora Award for Outstanding Performance of an Individual.

Four Old Legs  features dancers Evelyn Hart and  Zhenya Cerneacov in a duet celebrating time memory and experience, performed to a playlist from Chopin to Judy Garland to Talking Heads.

“Growing old is something better practiced by young people.”

After nine years as artistic director of the National Ballet of Canada (1996-2005), James Kudelka was named Citadel + Compagnie’s resident choreographer in 2008. With Citadel + Compagnie, he has revisited some of his greatest works and developed challenging new contemporary creations. Kudelka’s presence at Citadel + Compagnie has elevated the company’s profile, and offered audiences a new platform to experience the work of one of the country’s finest choreographers.

Under Lemieux’s leadership, Citadel + Compagnie has had a marked impact on the local community, offering free studio access to key neighbourhood initiatives: Toronto Police Force 51 Division’s youth and hip-hop program, the Regent Park School of Music, and Toronto Council Fire’s Indigenous dance program, First Fire. These collaborations have built lasting ties within the community, and as a result, The Citadel has become a sought-after safe space for youth to gather and explore their creativity. 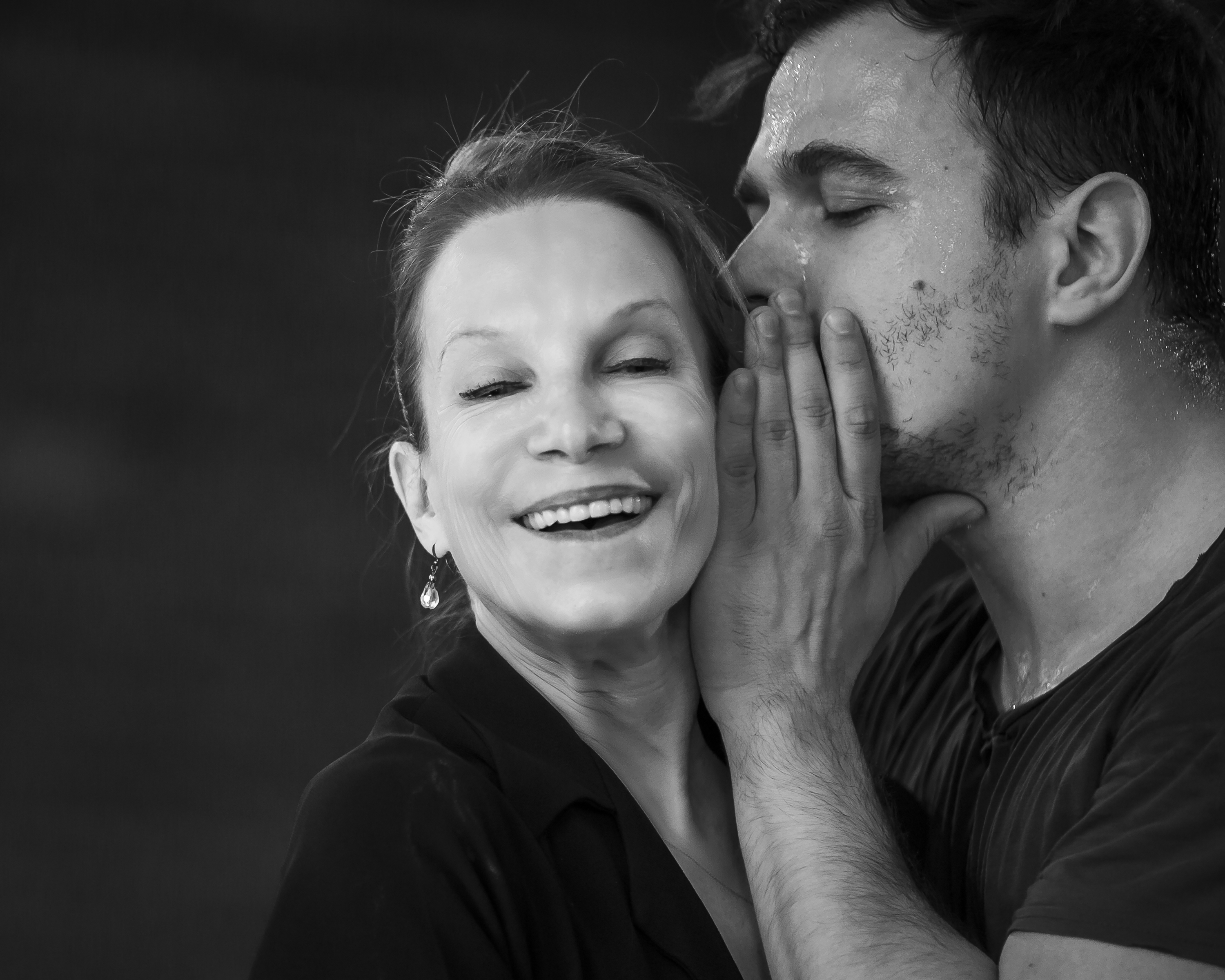 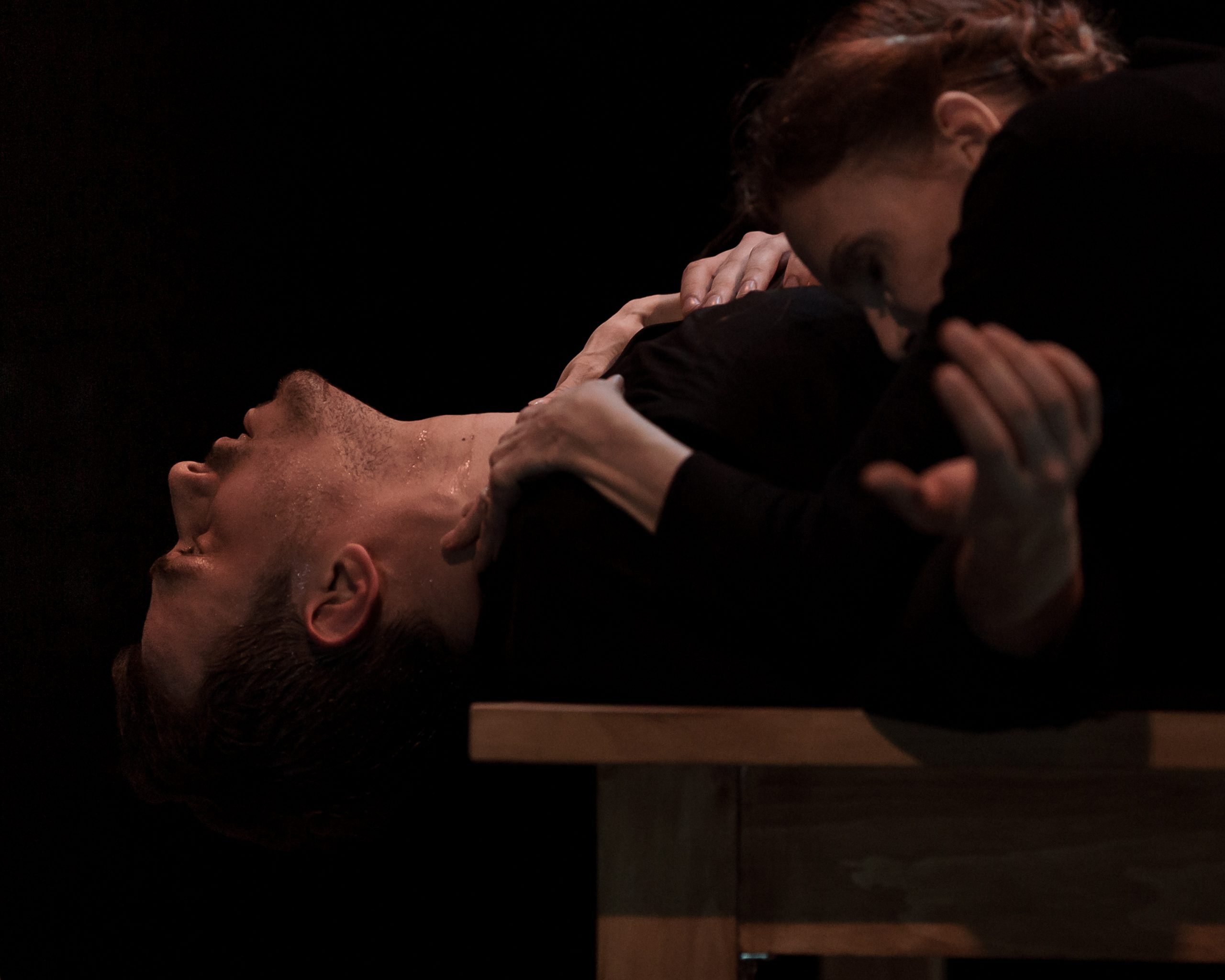 James Kudelka is among today’s most versatile and innovative dance artists. He has choreographed for many of the world’s leading ballet companies and for smaller contemporary troupes. His creative range reflects his eclectic musical interests, command of diverse movement idioms, and commitment to working collaboratively with artists from other disciplines. Kudelka is renowned for distinctive versions of such classics as The Nutcracker and Cinderella – signature works of the National Ballet of Canada where he served as artistic director (1996-2005). Equally, Kudelka excels in making smaller-scaled dances that are rich in psychological implication and human drama. Born in Newmarket, Ontario and trained by Canada’s National Ballet School, Kudelka began choreographing as a student and continued throughout his dancing years with the National Ballet (1972-1981) and Les Grands Ballets Canadiens (1981-1990). He began an affiliation with Toronto’s Citadel + Compagnie in 2006 and has been resident choreographer since 2008 where he has experimented with cross-disciplinary collaborations. As a teacher, Kudelka has worked with Vancouver Arts Umbrella, Ryerson University, and Canada’s National Ballet School, and he continues to work internationally as a choreographer. He was appointed an Officer of the Order of Canada in 2005 and is among the 2020 Dance Collection Danse Hall of Fame inductees.

Evelyn Hart is an internationally renowned dancer. She joined the Royal Winnipeg Ballet in 1976, becoming a principal dancer in 1979. Over her 30-year career with the RWB, she performed on stages in over 118 countries. Hart brought her trademark dramatic approach to Giselle, Swan Lake, Onegin, Sleeping Beauty, Anna Kareninna, Cinderella and Romeo and Juliet. A few of her favourite roles included ballets created by Sir Frederick Ashton, Antony Tudor, Jirí Kylián, Norbert Vesak, Vincente Nebrada, Hans van Manen, Rudi van Dantzig, George Balanchine and James Kudelka. A 50-minute film about Hart, Moment of Light: The Dance of Evelyn Hart was produced and a biography entitled Evelyn Hart: an Intimate Portrait. Evelyn Hart is a Companion of the Order of Canada and the Order of Manitoba. She has been awarded with three honorary doctorates from McMaster University, University of British Columbia, and the University of Manitoba. She was awarded the Chalmers Award for excellence in the arts and was inducted into Canada’s Walk of Fame. In 2001, Hart received a Governor General’s Performing Arts Award.

Cerneacov is co-founder and co-choreographer for the “Throwdown Collective” with which he has co-created three critically acclaimed commissions for Dusk Dances, and a stage piece presented at “dance: made in canada 2015” and “DanceWorks” which won the Audience Choice Award and subsequently the Dora Mavor Moore Award for Outstanding Original Choreography and 4 other nominations. In 2011, Cerneacov co-founded “The School of Cadence Ballet”, an International Ballet School with partner Courtnae Bowman with whom he shares artistic direction.

Citadel + Compagnie would like to acknowledge the following donors for their generous contributions to the realization of  Four Old Legs, allowing for the elements of costume, set, lighting, sound and projection design to come to life:
Sandra Simpson
Phil Cowperthwaite
K.M. Hunter Charitable Foundation
Terry Gardiner
Robert Sirman
Cheryl Epstein

A very special thank you to Robin Vaile for her continuous support of James Kudelka’s ongoing activity at Citadel + Compagnie.