James Kudelka turns to America’s Gilded Age and Edith Wharton’s 1905 novel, The House of Mirth, as inspiration for his latest work. From the House of Mirth is a music/dance/theatre collaboration with original score by Rodney Sharman and libretto by Alex Poch-Goldin, featuring both choreography and theatrical direction by Kudelka.

“Dancer Laurence Lemieux portrays Lily’s descent with subtle lyricism and attention to Kudelka’s finer choreographic details (wrists come briefly together as if bound, small careful steps with skirts held up in both hands or hands fluttering like fans). Though tightly contained, Lemieux’s performance gradually extracts sympathy from an audience that might otherwise condemn her character’s seemingly self-destructive choices.

Lily Bart may appear to be the author of her own misfortune, but it could be want of compassion and love that finally kills her. Surrounded by false friends, gossip and judgment, in her final moments Lemieux’s Lily literally has her back to the wall as she succumbs to her addiction and finds release. Lemieux slumps there like an abandoned doll, a broken plaything that nobody wants or needs.

From the House of Mirth is crafted with care and performed with solid skill by singers, dancers and musicians alike. This is a complex endeavour and the work’s multidisciplinary coherence is a real achievement.”

“Laurence Lemieux masterfully captures every nuance of that journey with heart-rending dignity. In one breakout solo scene, which I think is meant to evoke Lily’s participation in a racy tableau vivant, Kudelka has Lemieux channel the spirit of Isadora Duncan. Stripped of her restrictive layers of clothing, Lily allows her whole body to become an eloquent plea for the freedom to do what she pleases.”

“This is such a wonderful, innovative show that it’s a tragedy that Coleman Lemieux’s new digs, The Citadel, on Parliament St. can only seat 60 people. Most of the shows, which run to Sunday, are already sold out. Dozens of people were turned away at the door ahead of today’s matinee.” 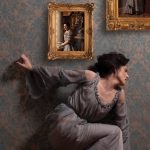 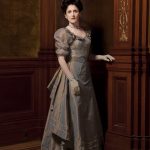 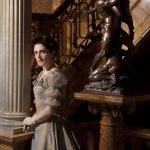 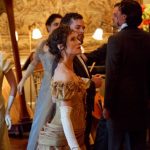 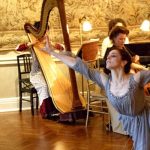 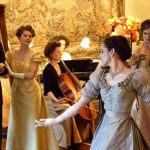 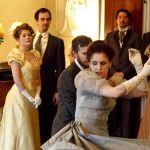 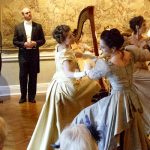