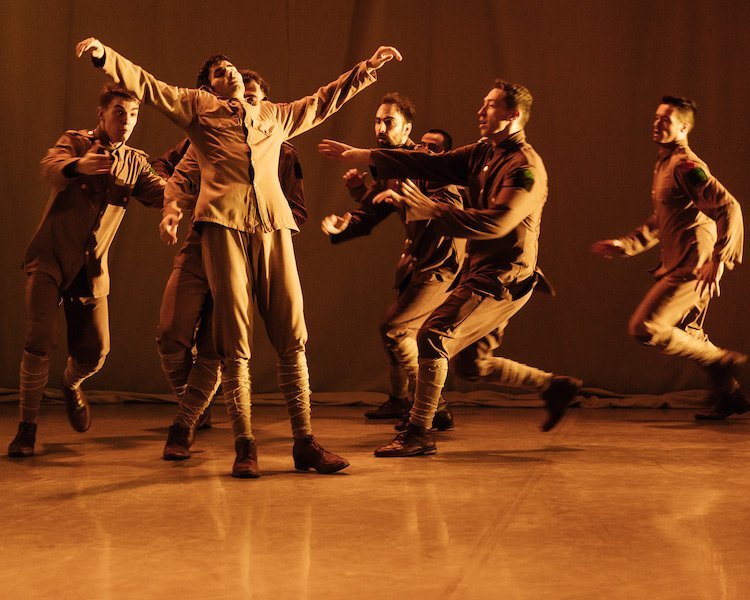 NOW Magazine calls Jusqu’à Vimy a “moving tribute”:
“Inspired by this year’s 100th anniversary of the battle, Citadel + Compagnie’s artistic director Laurence Lemieux has crafted a sorrowful tribute to the young men who left humble homes in Regent Park and Cabbagetown to fight…

“Battle is depicted, but not graphically, in small gestures of terror or self-protection as bombs burst on projections that engulf the dancers. They die many times over the course of the dance, and rise to attention before falling once more…Jusqu’à Vimy doesn’t feature much of a narrative, rather it has been crafted as an impressionistic elegy to those who sacrifice everything to war, including people on the home front.”