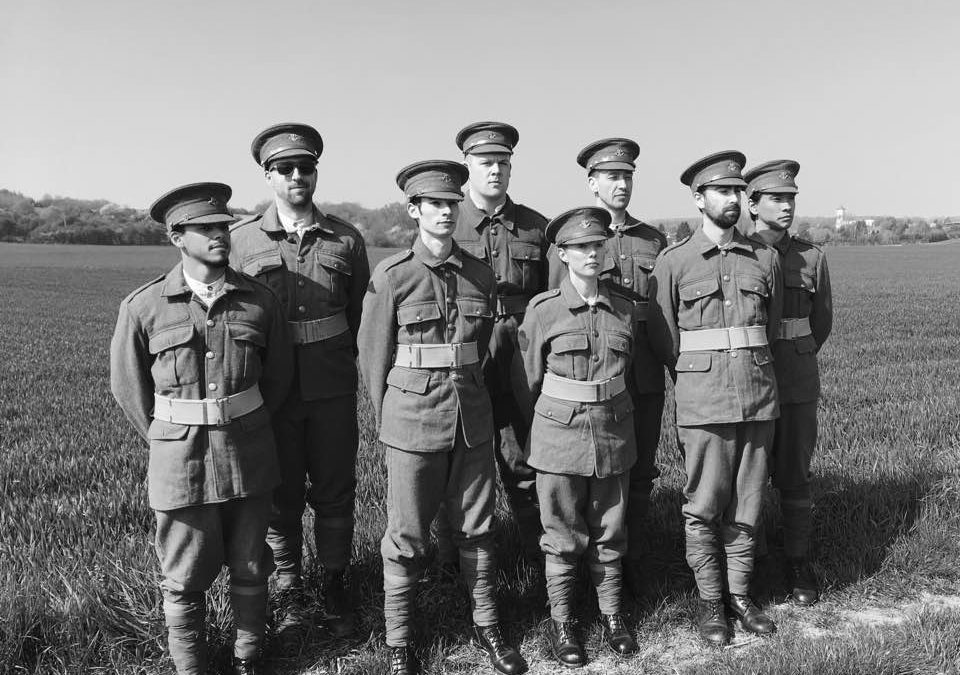 On April 9th 2017, Canadians will be remembering the battle of Vimy Ridge, which is considered one of Canada’s most defining historical moments. Canada emerged out of this battle as a country no longer under the shadow of Britain, and through this success, revealed its greatness, earning a reputation as a formidable nation. But it was a victory at a terrible cost, with more than 10,602 casualties, 3598 killed and 7004 wounded.

Co-artistic director Laurence Lemieux is choreographing a piece inspired by the battle and the company heads to France this April for the 100th anniversary of The Battle of Vimy Ridge and will be performing an excerpt of the work at the Vimy War Memorial on April 10 at 1pm at 3:50pm and in nearby Givenchy on April 7.

The full length work will premiere in Toronto later on this year.

For VIMY/2017, I am be working with the mass versus the individual, the space versus the lack of room, the solitude within a group, fear, strength and pride – all elements that work towards expressing the monumental subject that is war. At first glance one may think a battle is an odd inspiration for a work of contemporary dance, but really this work will express the emotions present with these soldiers who so valiantly gave their lives to defend ideology and our freedom. I want to look into the very personal to create a work that can reverberate and express this overwhelming subject, something I touched on in creating Looking for Elvis.

In the initial phases of development, I started paying close attention to the very personal impact that the Vimy Battle has had on the people of my community where I live. I discovered that a young soldier named William James Hawkey, who lived just around the corner from the Citadel where I live and work, left for France in 1916, and was killed in action at the Battle of Vimy. Since finding this out, every week I walk around the neighbourhood and take a moment to pause in front of Hawkey’s house, which is still intact. I think of him and think of the terrible but exhilarating journey this must has been for this young man. I think of his mother, and how difficult this must have been for her.  He came from a very modest household, living alone with his mother, his uncle, and a younger brother.  On April 9th 1917, he was injured in battle to the right shoulder and right thigh; he died a few days later at the Danne-Camier General Hospital. William James Hawkey is buried in France.

Even closer to home, one of C+C’s dancers, Luke Garwood’s great grandfather was injured at Vimy, and was brought home six months later. Luke has valiantly agreed to take inspiration in his great grandfather’s story has an inspiration for his augmented reality design. These are a few of the stories I want to tell in the creation of VIMY/2017.

Luke and Jeremy Mimnagh’s augmented reality installation is funded in part by an Ontario150 Community Celebration Program grant from the Ministry of Tourism, Culture and Sport!