A choreographer, musician, dancer and jack of all trades who is both inspiring and unclassifiable, Frédérick Gravel presents a duet that initially looks somewhat like a realistic painting. With the invigorating Brianna Lombardo he shares both the stage and a complicity that allows for all sorts of inventions, and she becomes the counterpoint to his assumed awkwardness. Freed from the traditional codes of dance performance, they construct an original dramatic language where little accidents are transformed into arguments for movement. 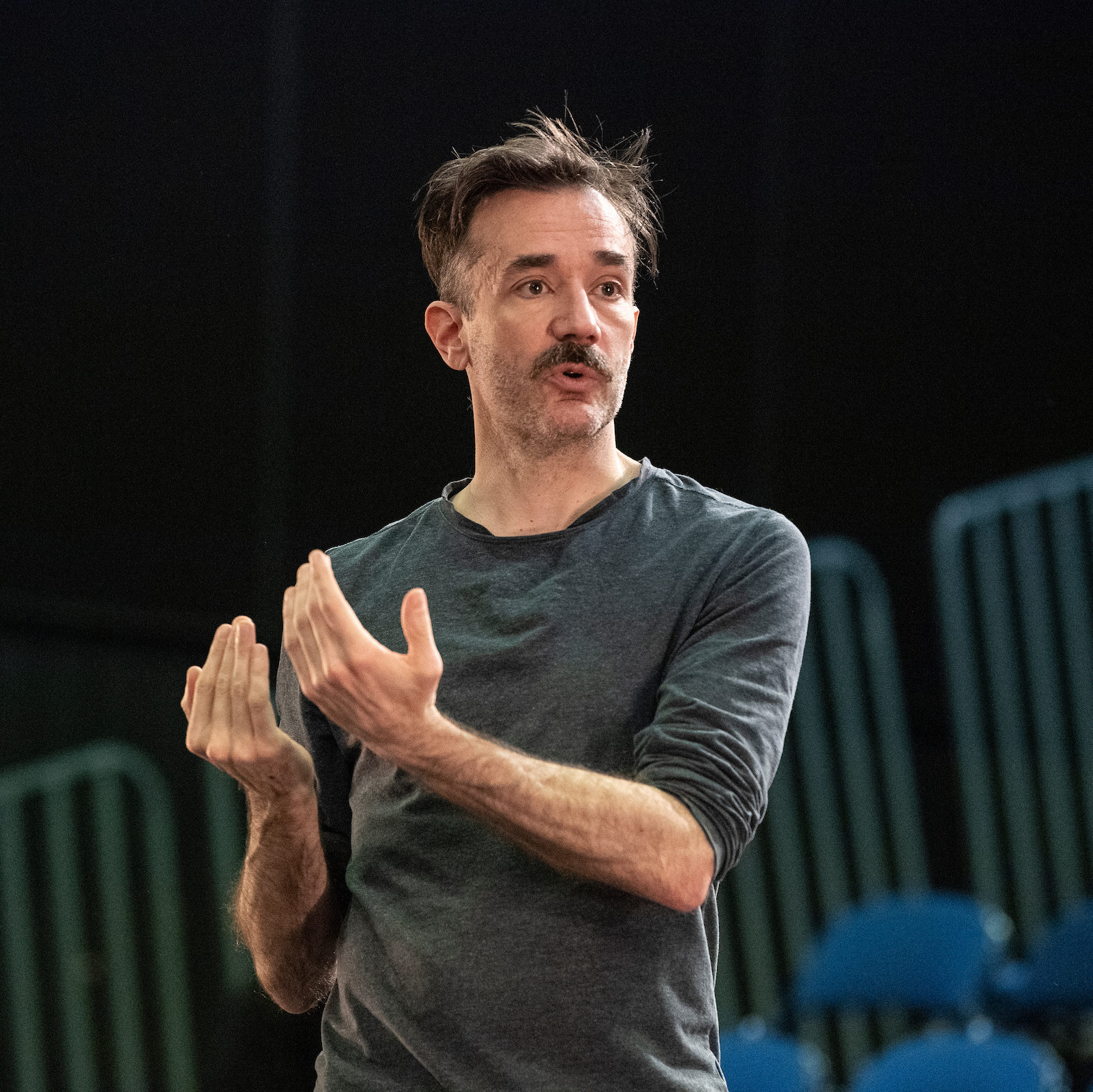 Frédérick Gravel graduated in 2009 from UQAM’s (Université du Québec à Montréal) dance faculty with a thesis on “The role of the dance artist in a democratic society”.

The choreographer, dancer, musician and lighting designer turns the structures of choreography upside down, merging into his work various elements from rock and performance art. He joined DLD as an associate creator in 2010 and was appointed artistic director of the company in 2018.

His productions Gravel Works (2009), All Hell is Breaking Loose, Honey (2010), Usually Beauty Fails (2012) and This Duet That We’ve Already Done (so many times) (2015) have received great national and international reviews. He co-created with the author Étienne Lepage Ainsi parlait… (2013) and Logique du pire (2016). In February 2015, he revisited the cabaret style at Usine C, presenting Cabaret Gravel with 20 guest artists, including Dear Criminals and the Molinari Quartet. Always present where least expected, he collaborated with Pierre Lapointe on Mutantès and Amours, délices et orgues (2008).

Frédérick Gravel is a member of the Circuit-Est centre chorégraphique.