Moving From Stage to Screen 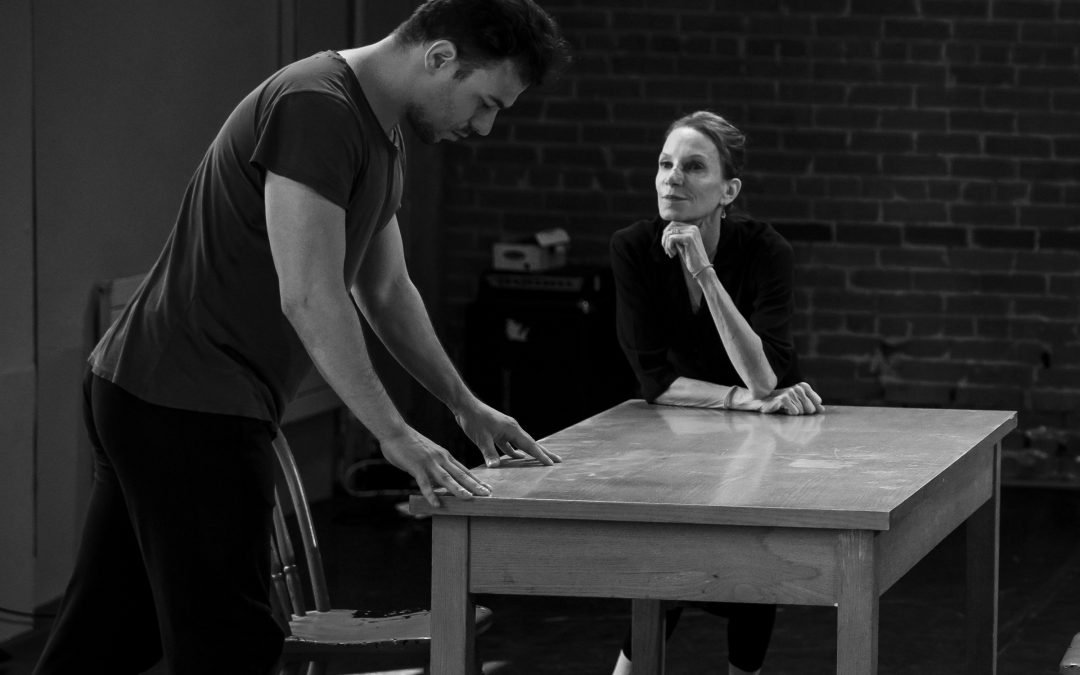 Beloved by audiences and critics alike, Four Old Legs was set for an encore presentation at The Citadel in April 2020 but was unfortunately one of the first productions to fall casualty to the pandemic. Four Old Legs: The Film presents a thrilling opportunity for C+C as it enters the world of film production to move this cherished work from stage to screen.

“A profoundly moving duet.” – The Globe and Mail

“Kudelka has the eye and maturity to sketch the long-term relationship experience in subtle, yet very legible shades.” – NOW Magazine

“The lure of ballerina Evelyn Hart is irresistible.” – Paula Citron

The production of Four Old Legs: The Film will take place at the historic Betty Oliphant Theatre in August 2021 and will fully utilize the space to transform it into the home of the on-screen couple. Originally created as a series of 16 vignettes, specific scenes will be filmed throughout the theatre—backstage, in the dressing room, in the lighting booth, and outdoors—to truly capture the essence of each snapshot in time.

We need your support! Play a role in the film’s development by making a contribution towards Four Old Legs: The Film through the James Kudelka Living Dance Fund.

Initiated in 2017 by long time Citadel + Compagnie supporter Robin Vaile Robinson, the James Kudelka Living Dance Fund originally supported Kudelka’s presence at C+C and is now moving towards a larger legacy project that employs digital solutions to pay tribute to the extensive artistic contributions Kudelka has made to dance in Canada.

In addition to Four Old Legs, two subsequent films are planned to follow, adapting renowned works The Man in Black and Soudain l’hiver dernier. Through this series of films, the James Kudelka Living Dance Fund will serve to capture the unique performances of today’s dance artists and connect audiences with Kudelka’s most cherished contemporary dance works, celebrating them for years to come.

Donations of any size are welcome as every dollar brings us closer to our goal. If you are interested in making a larger contribution, please see our Four Old Legs: The Film – Fundraising Package for a full list of opportunities for support.